for the love of theatre!

dear readers!
hi!  so, a talented and wonderful theatre troupe -- aWe Creative Group -- is goin' to scotland! to present a fantastic play called G.I. Joe Jared; Based On One Really Bad Date written by a wonderful playwright, amy e. witting, in the Edinburgh Festival Fringe.
the group needs a slingshot to get them from nyc-bklyn-queens (over the high seas, mind you!) to edinburgh!  click on the link below, getting to know these wonderful peeps as i know them (see vid!), find out when you can see the show in nyc! (hint: this july!), and find yourselves so endeared by them that you will want to put them inside your purse. or want to open up your purse and flip sweet coinage their way!  http://www.indiegogo.com/aWe-Creative-Group?c=activity
for the love of theatre, for the love of scotland (as you know, i am rather partial to both),
amanda
p.s. i went to the Fringe as a spectator 10 years ago.  it was bliss.  it's in my atoms for the rest of time.  i wish aWe Creative Group joy and magic in their adventures there this august : )
Posted by Amanda Gates-Elston at 7:21 PM No comments: 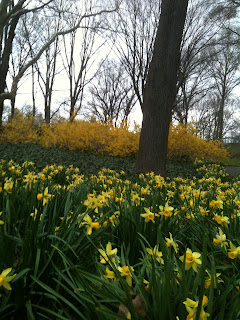 dear earth,  how are you?  you can be honest.  happy earth day!  we are celebrating you today!  as we should be doing everyday.  your ecosystem is spectacular, by the way.  thank you for providing an amazing home for us humans and animals and flowers and trees alike!  thank you for your simplicity, your symmetries, and your wild uncontainables. and your beautiful colors!  you're an inspiration.  literally!  you allow us to breathe.  it's scary when you go through seismic shifts. i wish you wouldn't!  sorry to accuse you.  they're hard to understand, though!  i know that in anthropomorphizing you, i'm trying to make you take responsibility, as if you were a corporation.  thankfully, you are not.  there is plenty that humans can take responsibility for on the corporation front, the civic responsibility front, the global responsibility front.  in calling you "you," it's probably a give-away that i see you as a protective force, like mother nature or like a god...probably hoping that you're looking out for us (knock on wood!).  you know, even though science could be seen as indifferent, and this is a helpful viewpoint sometimes, i also know that everything -- e v e r y t h i n g ! in our global ecosystem responds to one thing, and it is the opposite of indifferent.  that thang?  love ) ) ) ) ) ) ) )  so, earth, if you're ok with it, i will continue to address you as you : )  as a living, breathing being which feels and responds to love.  i hope we give you love everyday -- not with the tacit understanding that you'll protect us as in some kind of alliance or business deal or as if you're a fatherly president or a loving mama bear, but with the hope that we meet you halfway in the magnificence and responsibility of being here together.  through love, i hope we find focus in egoless, planetary goodness.  yours truly, amanda  (just a tiny planet walkin' along on this big planet!) 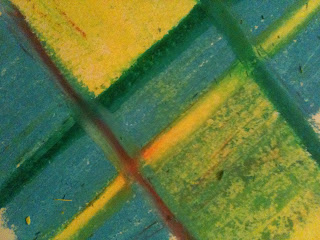 my love for plaid continues.
and all things scottish.
resistance is futile.
i'm scottish on my mom's side, henderson.
wish i knew more about my roots.
do you know about your roots, readers?
do you identify with a particular land or culture, even if you're a mutt?
this is an oil pastel thing i did the other night.

i had a wacky thought that maybe i'd join a scottish drum group for a year and march in the parade : )  silly.
.
Posted by Amanda Gates-Elston at 7:36 PM No comments: 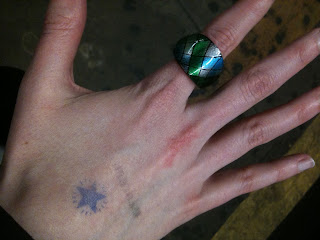 plaid ring from my sister which makes me so happy : )"littlefield" stamp from seeing the excellent mo welch's comedy show at this badass brooklyn venue on monday night.
a star stamp from seeing the mind-blowing play and experiential extravaganza "sleep no more" on wednesday night performed by punchdrunk at the abandoned mckittrick hotel on W. 27th street, inspired by this spooky hotel and the characters from shakespeare's macbeth. www.sleepnomorenyc.com
standing waiting for the subway at franklin ave.
Posted by Amanda Gates-Elston at 10:20 PM 2 comments:

I've got a few songs posted. A lot more to come. Check out my music page: zando8grl.bandcamp.com 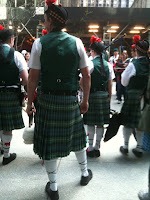 the annual tartan day parade on a beautiful sunny day!
after the parade, vanessa and i watched the drum and piping circles form up on 55th street between sixth and seventh avenues, the most powerful, concentrated, and amazing part of the parade.  this group, including four bass drummers, played 'amazing grace' together and it was basically transcendent. 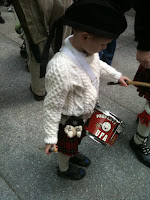 the new generation of drummers and pipers were there,
in addition to the older gentle folk.
so important to pass along the love for one's culture and stories and traditions...
it's a humble practice, learning what has come before you and renewing one's culture.
Posted by Amanda Gates-Elston at 9:11 PM No comments:

today i saw three guys having coffee together outside the hungarian pasty shop:
one guy wore a long overcoat (dick tracy yellow).  he leaned back deep in a plastic chair and taptaptapped on his laplaplaptop.  he looked like the joker of the pack.  he was doing his own thing. and yet!  he was inextricably linked to the two other guys, make no mistake...his energy connected him to the others.
the man in the middle wore a black business suit and his handsomeness and hair had shine. he was powerful, make no mistake, he was, quite simply, the sun, and yet! he somehow used his power to connect himself to the others...he was the bridge between the first man and the third man, the bicycle man.

the bicycle man wore bicycle clothes: red, white, yellow, green, turquoise, orange, pink. his eyes were quick and bright, his body agile, ready to fold up and ride away or take his friends on an adventure. he was the opposite of the joker, and yet! he himself was a card, make no mistake.
w h y  a m  i  t e l l i n g  y o u  t h i s  s t o r y -- and in this way?
in one way, these guys were three different types: a cynic, a businessman, an athlete.  in another way, these three guys were the same person.  each was the other's sun; each was a planet, too, orbiting and dancing for the others; they each played a role, then swapped and shuffled cards again.... i could imagine them switching clothes and countenances and no one would know... i could imagine one actor playing all three in a film.
is there anything more to tell you?
yes.  it's the reason i'm really telling you this story.
when i walked by, i felt: love, unmistakable, emanating from their table. and i understood something more about what love is.  love is being oneself with others.
Posted by Amanda Gates-Elston at 10:01 PM 1 comment: 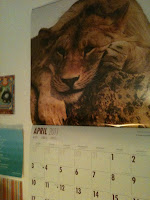 i wrote the song below on sunday 4/3/11 inspired by my wall calendar.  (the lion in my song is male; my calendar lion is a lioness with a mohawk it would seem.)  stay tuned for the  recording.
lion & bird
the lion sits on a rock
he doesn't know that he's being watched
by a bird who longs to have fur and feel mighty
feel mighty
the lion dreams of flying
he longs to be free-ee-ee-ee-ee-ee-ee
or maybe less clumsy.
Posted by Amanda Gates-Elston at 7:49 PM No comments: 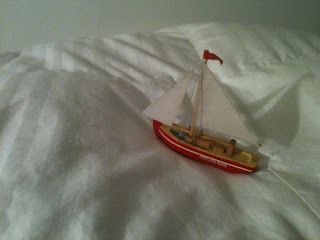 "on milky skin, my tongue is sand until the ever distant band begins to play..." ~from brandy alexander by feist

my brandy alexanders, my sirens, the things that tempt me and hold me back or in place:
the belief that the more effort to control yields a better result...learning instead that yielding effortlessly and letting go of control is freedom.

Posted by Amanda Gates-Elston at 10:22 PM No comments:

spring is in the air! 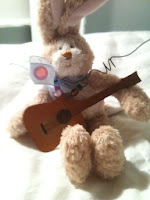 over the weekend, i'll convert a few song tracks into wav files and post them on bandcamp (zando8grl.bandcamp.com -- thank you for setting this up, webmaster rollin!), and i'll collaborate with friends on a webisode (we'll film at a coffeeshop in crown heights.  figuring out my character : )

i'm taking a voice class right now (yay, susan main!) and learning to breathe and to relax everything (my neck, shoulders, jaw, tongue, joints) and to wake things up (my spine, it's electric!).  it's fun to imagine the breath coming all the way down from one's hip sockets. try it!  feels good. (do you find that it causes you to relax your abdominal and other pelvic-related muscles? hip!) 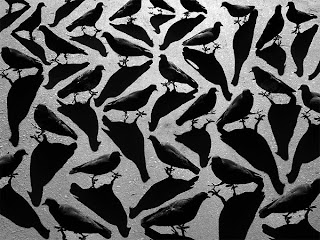 thank you for the pigeons, rollin!
and for helping me create zando8grl.com.
Posted by Amanda Gates-Elston at 9:18 PM 1 comment: