Amanda Gates-Elston is curious about the electronic transfer that happens among people, animals, instruments, and objects in communication as well as the alchemical changes within oneself made possible by and through e/motion.  Amanda is a singer-songwriter and plays ukulele, banjo, guitar, xylophone, and alto saxophone.  She really likes to make things and enjoys the ways that art in any medium creates community, breakthrough, and an unmistakable feeling of possibility.

Amanda is so thrilled to be on the retreat team for Writing a Song That Matters songwriting retreats taught by extraordinary activist, environmentalist, teacher, and folk singer Dar Williams and co-led with artists and coaches Raquel Vidal and Michele & Rick Gedney (Open Book) and joined by KJ Denhert, Justina Golden, Kellie Lin Knott, Lara Demberg Voloto, and Sandra Slokenbergs as well as visiting guest artists. Amanda joined the team as Retreat Team Facilitator in 2017, and she has loved getting to facilitate "So Fab Collab" with KJ Denhert at the retreats, Dar's initiative for songwriting collaborations between randomly matched duos and trios.

In 2021, Amanda joined up with stellar singer-songwriters Kellie Lin Knott, Jillian Matundan, and Tracie Potochnik (whom she met through Writing a Song That Matters) to form a band called Wildflowers.  Their first video pays tribute to the great, talented, and prolific Nanci Griffith, and their follow-up video gives tribute to their moms using a "Many Stars The Guide Us" retreat theme, a lyrical phrase from Dar's gorgeous song about the night's sky, half-dreams, and off-the-beaten-paths called  Mercy of the Fallen:
Amanda has created two albums on Bandcamp and is working on a third and fourth album. The third album is geared toward protagonist-led instrumental soundtrack pieces, e.g. "DeDe Rides a Cosmic Skateboard." The fourth album will be a rough recording (Amanda loves a DIY sound for a number of reasons) of the songs she's been writing over the past 10 years at the Writing a Song that Matters retreats.  Visit Amanda's Bandcamp to listen: Zando8grl webpage:

Amanda has gotten to work on opening titles music for the multi-talented director, writer, actor Hye Yun Park which was a JOY: 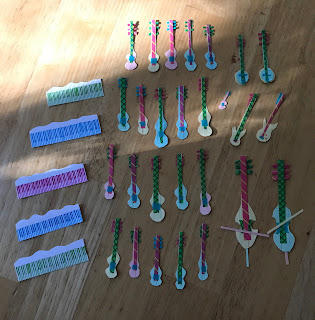