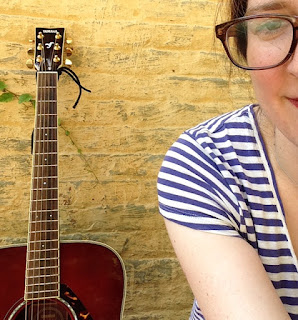 A native of Houston, Texas who grew up in Portland, Maine, Amanda lives in Brooklyn, New York with her partner Marisa whose name translates roughly to song-of-the-sea. Amanda's name means love.

Amanda loves to compose electronic music, write and sing jazz and folk songs with ukulele and a little banjo, act in small character roles on film and onstage, and make daily tabletop creations with animal figurines, action figures like Gumby and Batgirl, crystals, flowers, and books to spread some HOPE and humor and good vibes.

She is drawn like a magnet to people who believe-things-into-being while also respecting the laws of physics and other sciences with deep reverence for Mother Earth, Lady Liberty, Justice, all ecosystems, all points of view, all music & religions & cultures, human connection, protection of animals, love, peace, collaboration, family of origin and family-found, community, art for art's sake, and education for education's sake which can happen in a school and in nature and in a museum and in a concert hall and in a rehearsal room and in a work space and any other community space.

Amanda believes that if we put politics aside for a second, we would find that we kind of love each other a whole lot.  And that there is no enemy, not even a common enemy.  Only LOVE 💓

Amanda graduated from Barnard College in 2004 with an A.B. in English with a Theatre Concentration, and she now likes to read books 📚, drift like-a-leaf through different thoughts and ideas 🍃, walk around and get to know people and dogs and cats-through-windows and sometimes bugs, and write personal essays, theatre monologues, odes to people & places she loves a lot, and more songs, and maybe snap a few photos.  Occasionally she earns money 🤣 to pay the bills.  When not doing the above, she is playing basketball 🏀 at the park by herself, happy at home 🏡 with Marisa, or at the ocean with her sister Vanessa 🐬

Amanda thinks a lot about shapes, maybe because she'd thought she might want to be an architect but found her way into hospitality and the feeling of a space (event planning).  She also likes to think about alternative shapes to a hierarchical triangle which she thinks may give everyone within the triangle, at all levels, a headache due to the pointiness, FOMO, and distribution.  Her favorite shape is a circle ⭕ because it is so inclusive:

Circles are sacred.  Circles are significant to a community of songwriters I'm part of, because it’s the shape we get ourselves into to hear each other and see each other.
Circles are an intrinsic and beautiful part of many ancient cultural traditions.  I always feel a sense of equality and non-hierarchy when I am in one.
We are in challenging times… I think how powerful it would be if we humans got ourselves into a circle *at least* once a week.  Singing, dancing, laughing, listening, speaking, thanking, thinking, loving, crying/grieving — collectively.
A remedy to: isolation, stress, anger, sadness, frustration, the big fret, all kinds of things.  Possibility to: find solutions, find hope, find joy 🤩